Gender equality in Canada is a slow-motion work in progress. How did we get so bad at addressing problems that affect more than half of us? And what must we do to improve the lives of girls who will be women in 2030?

Facts about women and poverty in Canada

According to the Canadian Women’s Foundation:

Facts about women and criminal victimization in Canada

Dubravka Šimonovic is the UN’s Special Rapporteur on violence against women. When she visited Canada in the spring of 2018, she pointed out that we still don’t have a specific federal law that addresses gender-based violence and domestic violence.

Canada, Šimonovic said, needs both a national action plan and a separate plan that specifically focuses on violence against Indigenous women. Her end-of-mission statement (full text) is a tour de force:

During my visit, I noted with concern that the services providers and other interlocutors I met unanimously denounced the dire shortage of shelters for women and children escaping violence and a general lack of affordable public housing, including transitional housing and second stage accommodation and employment opportunities. 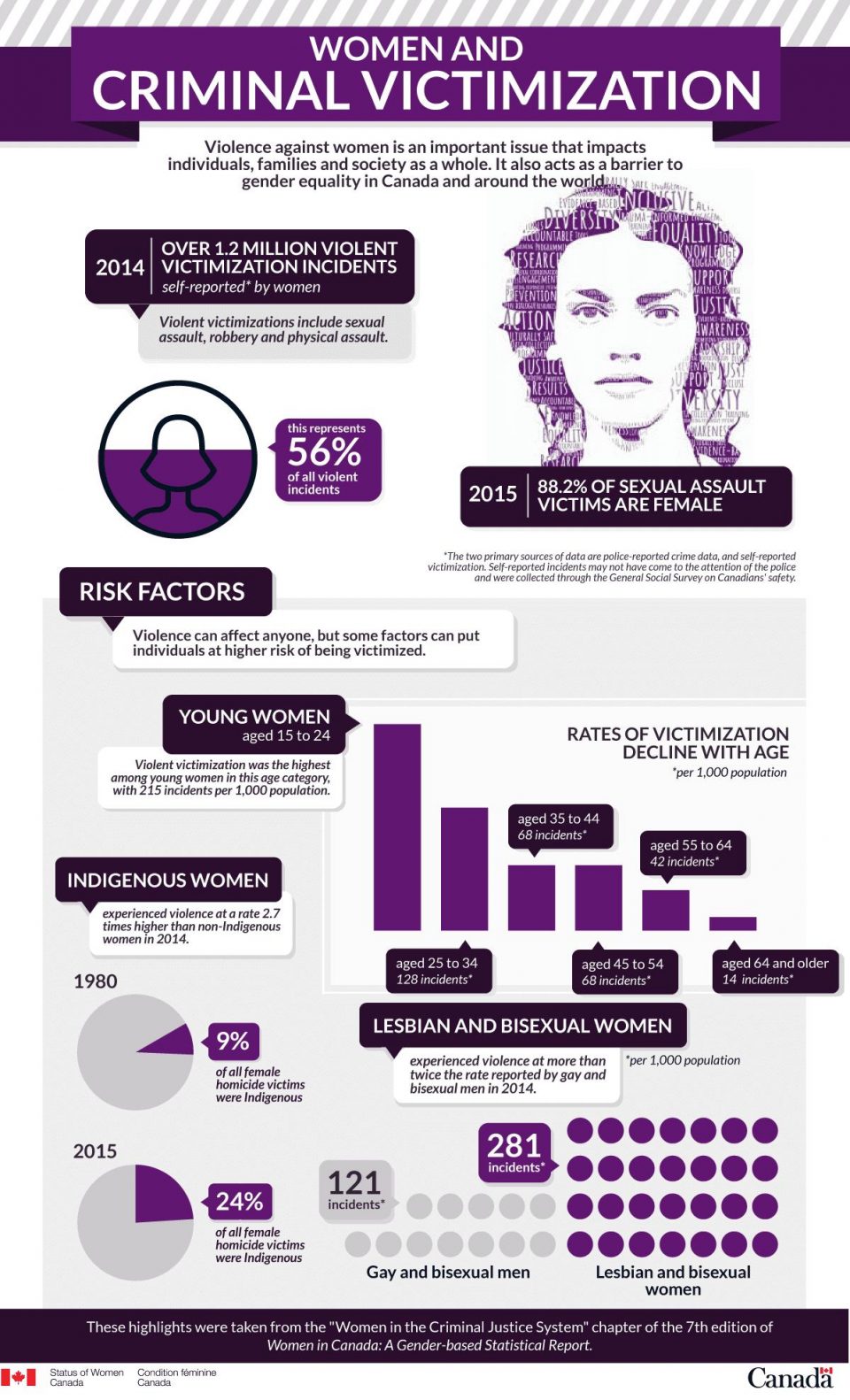 SDG 5: Achieve gender equality and empower all women and girls

While some forms of discrimination against women and girls are diminishing, gender inequality continues to hold women back and deprives them of basic rights and opportunities. Empowering women requires addressing structural issues such as unfair social norms and attitudes as well as developing progressive legal frameworks that promote equality between women and men

Paulette Senior, president and CEO of the Canadian Women’s Foundation

Paulette has advocated to every level of government about things that really matter: poverty, violence against women, housing, social justice and immigration. She credits the experience of immigrating to Canada from Jamaica as a young girl with inspiring a career that’s all about, as CWF puts it, “empowering women and girls to overcome barriers and reach their full potential.”

From Status of Women Canada:

1982: Gender equality is enshrined in the Charter of Rights and Freedoms

1995: At the UN’s Fourth World Conference on Women in Beijing, Canada commits to using gender-based analysis (more on that below) to advance gender equality

2015: The Government of Canada renews its commitment to GBA

2016: Year one of the Government’s four-year “Action Plan on Gender-based Analysis“

The Canadian Femicide Observatory for Justice and Accountability tracks national incidents of femicide, which describes the killing of women and girls precisely because they are women and girls. Follow this link to read the September 2018 report in full, or use this one for just the lowlights:

On average…one woman or girl is killed every other day in this country, a consistent trend during the past four decades.

How GBA+ works, as explained by the City of Edmonton:

While we’re in the neighbourhood, here’s another good explainer about Women’s Initiative Edmonton, a GBA+–aligned project:

Harriet has the lived experiences of childhood violence and sexual abuse, almost 35 years of poverty, and 19 years as a single parent. She is the immediate past-president (2011–2017) of the CWP’s board of directors, and has worked in several community organizations over her 25-year career.

Facts about women and work in Canada

Facts about women and education in Canada

According to a 2016 report, the so-called “pink tax” on personal care products sees Canadian women paying 43% more than Canadian men for things like soap. Although the federal government eliminated GST on tampons and other menstrual products in 2015, it has kept earning from them in the form of import tariffs: $4 million that year, to be precise.

Repairing Justice in the Arctic