By International Institute for Sustainable Development 07.04.22

Racialized data on risk exposure and health impacts can help understand inequities in the impact of COVID-19 and support preventive policy decisions, but collection to date has been haphazard. The federal government should build on provincial and non-governmental initiatives and be more deliberate in the collection and safe use of race-disaggregated data.

The COVID-19 pandemic has exposed the underlying racial inequalities that plague our society. Globally, wide disparities in infection and death rates by race and ethnicity reveal the true fault lines in our society. Racialized data on risk exposure and health impacts can help understand these inequities and support preventive policy decisions, but collection to date is haphazard. The federal government should take a cue from provincial and non-governmental initiatives and be more deliberate about collecting and safely using race-disaggregated data.

As evident in data compiled in the United States, racialized individuals are at a higher risk of contracting COVID-19 due to socio-economic factors and higher likelihood of occupying low-paid and precarious positions, such as work in the food, sanitation, transportation, and health sectors. Those positions took on even greater levels of risk than usual during the pandemic, as they were considered “essential,” meaning they were largely exempt from lockdowns and other safety restrictions. This effectively increased those individuals’ exposure to the virus.

Within Canada, data collected by the Public Health Ontario reveals that ethnoculturally diverse neighbourhoods experienced incidence rates of COVID-19 at a rate three times higher than the least diverse neighbourhoods. Death rates were twice as high. These rates point to the existence of systemic inequalities, but the available data cannot determine the causes of higher risk for more diverse neighbourhoods. Globally, studies have shown that social determinants of health, i.e., income, employment, and housing, vary vastly between racialized and non-racialized groups, which feeds into racial health disparities.

It is harder to get a clear picture of the depth of inequality across Canada as only a few efforts to collect racialized data exist. Despite increasing evidence that racialized peoples are disproportionately vulnerable to and affected by COVID-19, the Canadian data landscape remains ill equipped to relay the depth of this issue. Race-disaggregated data concerning COVID-19 was initially not considered worthy of collection outside of the elderly and individuals with underlying health conditions, as expressed by government representatives. But the widening knowledge gap, coupled with public calls for race-disaggregated data, invigorated the conversation. The topic has been brought back into the conversation with greater consideration of collecting race-based data in several Canadian provinces.

Over the course of the pandemic, the White population accounted for one fifth of the COVID-19 cases despite representing two thirds of the population.

Certain provinces have also taken concrete steps toward data collection. Since May 2020, Manitoba has started collecting race, ethnicity, and Indigeneity data from people who have tested positive for COVID-19. The results revealed that racialized persons, including people belonging to the Filipino, African, Indigenous, or South Asian communities, represented half of the total of COVID-19 cases despite only accounting for 35% of Manitoba’s population. Racialized groups were also overrepresented in the manufacturing sector—the sector with the highest number of COVID-19 cases.

Similarly, in Ontario, data on racialized groups with COVID-19 has been collected since June 2020 through a series of questions on race, income, and language. The data highlighted the wide disparities in COVID-19 cases and rates of hospitalization for COVID-19 between the White and racialized populations. Over the course of the pandemic, the White population accounted for one fifth of the COVID-19 cases despite representing two thirds of the population. In contrast, members of the Latino and Middle Eastern populations experienced nine times and seven times higher hospitalization rates compared to White individuals, respectively.

Both sets of data critically demonstrate the importance of collecting race-disaggregated data. The lack of statistical evidence of racialized and inequitable health outcomes inadvertently perpetuates systemic racism in Canada. In times of crisis, like the COVID pandemic, decision-makers lack critical information to take the measures needed to prevent disproportionate harm to racialized populations. Race-based data enables the necessary introspection into the wide disparities between members of our society.

Outside of government initiatives, communities are taking the reins in ensuring better representation in data, as evident in the case of the “Our Data Indigenous” app. The app, created by University of Manitoba researchers, enables community health directors to gather timely health data with the distribution of questionnaires. It is holistic in practice as it accounts for the social determinants of Indigenous health and well-being. This is particularly crucial as such factors largely account for the degree of racial and ethnic health disparities.

This app reflects an acknowledgment that Indigenous health data is limited and the legitimate fears that further isolation of these communities would create inequitable health outcomes. In addition, to ensure data ownership and transparency, communities stay in control of their data, including the final say about sharing their information.

But until the federal government and all provinces mandate the collection and dissemination of race-based data, marginalized groups will continue to face institutional barriers to equitable health care. To accurately assess racial disparities in health, it is necessary to understand the severity and intricacies of crises in view of varied experiences across regions. Without such an approach, policies are likely to be based on flawed conclusions.

Case studies across the United States show evidence of how inclusive data contributes to the development of robust social and health protection for racial minorities. In Hawaii, race-disaggregated COVID-19 data revealed significant disparities in cases and mortality rates among Native Hawaiians, Pacific Islanders, White and Asian populations. For instance, despite only accounting for 5% of the population, Pacific Islanders represented 22% of COVID-19 cases in Hawaii. In response, the Hawaii State Department of Health created the Pacific Islander Priority Investigations and Outreach Team, featuring culturally and linguistically aware health workers and contact tracers. The team improved access to COVID-19 prevention information and related resources that incorporated cultural values and norms. It highlighted the value of race-based data in developing culturally and community-responsive efforts—key to targeting racial and ethnic minorities.

But collecting COVID-19-related data on race should just be the start. The impacts of crises cut across all socio-demographic groups, and policy-makers need tools to understand the pathways and system structures that create racialized experiences. Across Canada, health profiles will vary based on several factors including race, and disaggregated data is the tool to reveal the true depth of disparities.

Despite the clear benefits of collecting racialized data, currently this knowledge is restricted within provincial jurisdictions. It must be extended federally.

Racialized data would help us contextualize the overrepresentations of certain racial groups in data sets on social outcomes including housing, employment, poverty, police-related deaths and more. Also, race-based data complements other types of data to provide a clearer picture of diverse experiences across Canada.

Objecting to race-based data or failing to collect it is a willfully neglectful choice against prioritizing health for all racial groups equally. What does this absence leave in its place? The semblance of colour-blind treatment, perpetuating systematic racism, and standing in the way of policies that could affect systemic change.

Even a patchwork approach to collecting race-disaggregated data in Canada comes at a disservice to racialized groups and their lived experiences. A nationwide system of data collection works for the benefit of policy-makers, researchers, public institutions, and communities alike.

To advance racial equity and the values Canada espouses, comprehensive race-disaggregated data is a critical and key step. 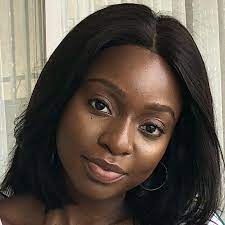 Tamilore Oshodi is a Communications Assistant for IISD’s Tracking Progress team and the Earth Negotiations Bulletin team. A graduate of the University of Toronto with a Bachelor of Arts (Hons.) in International Relations and a Certificate in Multimedia Journalism, Tamilore speaks English and French.

Previous Building Thriving Communities Through Indigenous Innovation
Next What Is Alternative Data and How Can It Help Efforts to Leave No One Behind?
Join Now Log In
EN  |  FR