In their COVID-19 responses, Canadian leaders are making public commitments to "leave no one behind." However, it's hard to measure how well they're doing at protecting vulnerable groups.

In their COVID-19 responses, Canadian leaders at all levels of government are making public commitments to protect and prioritize vulnerable groups during the pandemic.

Many are being praised for pledges that are both compassionate and—considering how coronavirus spreads—bluntly practical. At the same time, it’s hard to know exactly how they’re doing, with pandemic data on race, gender, and income largely hidden.

That’s a huge problem since Canada is only as resilient to a pandemic as its least resilient people.

Some prominent voices—the Prime Minister, Montreal Mayor Valérie Plante, a major union—have landed on a particular promise to “leave no one behind” (“ne laisser personne pour compte”). The phrase has stirring battlefield allusions but also forms a pillar in the United Nations Sustainable Development Goals, which Canada and all United Nations member states adopted in 2015 as a blueprint to build a more just, sustainable world.

There are early wins in our country’s pandemic response that seem to match this vision. Compared with other developed countries, Canada has done relatively well in limiting the spread of coronavirus. Combined with economic relief that’s flowed more rapidly and generously than expected—and contrasted by the chaos of the American response—early polls understandably show Canadians pleased with how Prime Minister Trudeau and the premiers have handled the crisis.

The federal government’s best-known action—the Canadian Emergency Response Benefit of $2,000 per month for four months for those laid off by the Great Shutdown—has been widely praised for keeping the vast number of Canadians who barely break even each month from coming closer to losing their shelter. Weekly, the federal government includes new provisions for the CERB to support students who lost their summer jobs, musicians, and artists, offering a glimpse of how Universal Basic Income could take shape in Canada.

Special funding for First Nations, Metis and Inuit communities acknowledges the varied needs of different groups of Indigenous Peoples, while the Prime Minister’s early support of women’s organizations signals an awareness that isolating at home could lead to increased cases of domestic violence, demonstrating an understanding of the gendered impacts of social distancing. Provincial governments sequestered long-term care facilities to protect their immunocompromised residents. Some cities have used emergency measures to open hotel rooms to people experiencing homelessness. 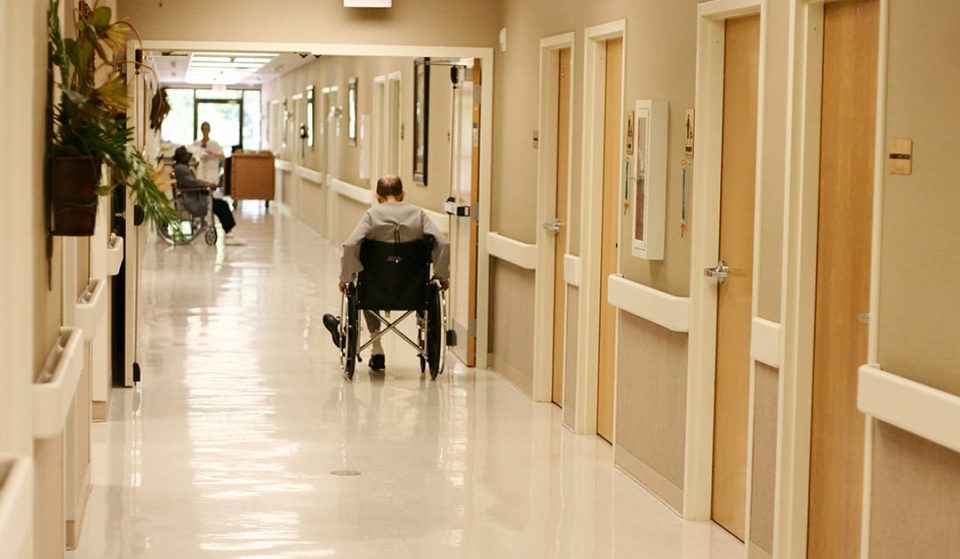 Isolation—the main weapon in efforts to flatten the curve of coronavirus infections—can be a double-edged sword.

But these actions aren’t reaching everyone equally and often carry unintended consequences. Isolation—the main weapon in our efforts to flatten the curve—is a double-edged sword. People living in long-term care homes are more completely at the mercy of an overstretched, underfunded system than ever before, with sometimes disastrous results. Canadians with disabilities are going without the support workers and programs that make life manageable, while support has not yet reached some women’s shelters whose bed space has been reduced for social distancing needs. Meanwhile, some advocates for people experiencing homelessness say the emergency shelters being newly offered fall far short of the need.

This is on top of a disease that spreads along fault lines of inequality; that threatens a healthcare workforce that’s predominantly female; that spreads easiest to transient people without easy access to handwashing; that holds particular menace for historically marginalized First Nations without access to clean water, adequate housing, and health care.

This is an unprecedented crisis. Government responses will not be perfect, even as they pivot quickly with economic relief and new regulations to protect the vulnerable. But a lack of precedent is more reason for strong, constructive criticism.

If we truly want to leave no one behind in the COVID-19 recovery process, Canada must take two steps.

Geographical data on infection rates currently being shared is essential to understanding community spread. However, it is equally important to understand the spread of COVID-19 by race, gender, age, and socioeconomic class if we want to curb its growth and impacts.

Second, any substantive recovery process must be consultative and collaborative. Canada has strong civil society organizations that understand the intersecting vulnerabilities of different groups. They must be meaningfully consulted—especially organizations at the frontline of anti-discrimination efforts—or this crisis and recovery could exacerbate existing inequalities that hinge on race, gender, and class.

In a crisis, quick action is needed. But the impacts of COVID-19, both socially and economically, will be felt for generations. Canada’s aspirational commitment to leave no one behind must inform our actions along this marathon, addressing inequality as a root cause of vulnerability if we ever hope to increase our resilience to disasters.

The pandemic has begun to show how brittle Canadian society can be, where our collective resistance to a virus is only as strong as the vulnerabilities we’ve long let sit on the shoulders of marginalized groups. Early praise for Canada’s response to the crisis is well-founded, but there’s more work to be done.

The SDGs are tools. We are the solution.

By International Institute for Sustainable Development 02.17.22